For many years, I’ve admired the build of Camelbak’s running packs but have always steered myself away from them as I’m not a bladder man; I like my bottles and/or soft flasks as I like to know how much I’m drinking. The packs have always looked well thought out and have a nice shape to them, looking like they would be really comfortable for trail running. I became very interested earlier this year when I noticed that Camelbak had produced a minimalist race vest designed for use with soft flasks, the Ultra Pro Vest. 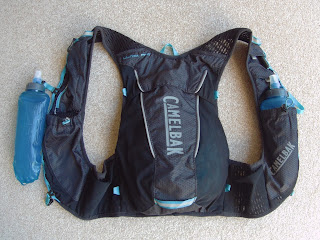 I was very kindly sent a pack to try out by Burton McCall Ltd, UK distributor for Camelbak. 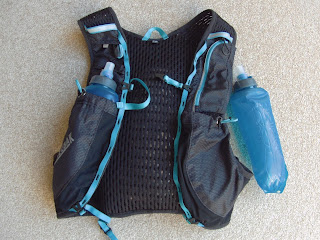 The first thing you notice is just how light the pack is, weighing in at a svelte 180g. This is definitely a minimalist pack and gives the impression that it is made for racing, this is not an expedition pack. There are lots of easily accessible pockets of varying sizes to suit every eventuality of kit we are determined (or instructed) to carry. 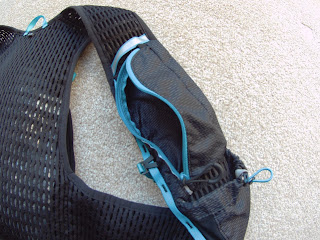 I particularly liked the large zipped pocket on the upper left chest strap which can take a mobile phone but I tended to use it for trail snacks and energy bars. 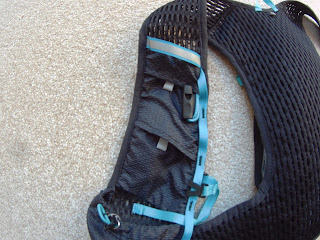 On the opposite chest strap is a small two pocket combination, useful for items like salt tabs and also includes a whistle, which is clipped to the strap (no flapping around – nice touch.)

The under arm pockets are simple stretch mesh affairs, but can take good stash of bits and bobs. Over the late winter/early spring months, I kept hat and gloves in these pockets for easy access. What I really liked about these side pockets was that I could easily reach back to use them, even when running at a good pace. I have struggled to contort my arms to reach these type of pockets on some other race vests but had no problem with the Camelbak. 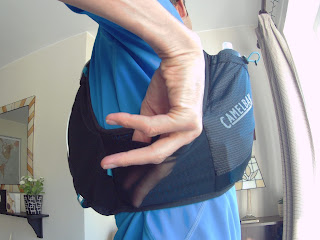 On your back, you have the main storage compartment for those items for which you don’t need immediate access. For a minimalist pack, you can get a fair amount of gear in there and, I’m sure that if you really thought it through, you could probably squeeze in compulsory kit for events like The Lakeland 100. When I was forced to stuff a number of bigger clothing items in during the recent Hardmoors 110 mile race, I found that the shape of the pack was altered to the point where the set-up I had on the straps was no longer comfortable and I had to readjust on the move. The minimalist nature of the pack will not cope with extra fleece jumpers and jackets, but I don’t think that was really in the design brief. When packed to the correct capacity, this is a very comfortable pack. 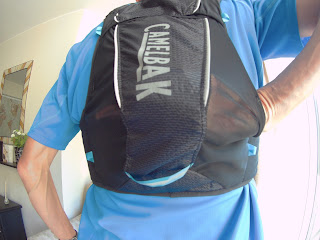 One more pocket design I liked was the outer mesh pocket on the back. I could stuff a light jacket, maps, extra gloves, hat and food into this space and still reach back and access anything whilst on the run. When I’m racing, I really don’t want to be taking my pack off to reach essential items, I could even put a small video camera in any one of the pockets; this is a versatile little pack.

The pack comes in three different sizes (S, M and L with an online size guide) with the medium fitting me nicely though I did have to spend a lot of time on my first few training runs with the pack trying different chest strap options until I found the best combination. Initially, the fully loaded bottles were bouncing around a lot, but persistence paid off and I got the perfect fit. Both front chest straps are adjustable in width and height.

Now for the main shift from Camelbak; the Quick Stow 500ml soft flasks. On some other race vests, the flasks are designed to be used whilst staying in the chest pouch, this does involve a degree of neck craning unless you use flasks with straws, as I do. As the name suggests, the Camelbak flasks are more of a half-way house between traditional bottles and “stowed” soft flasks. You take them out of the pouch to drink from and are then able to quickly pop them back in place once finished drinking, as you would with traditional bottles. This system does work but it’s a little bit trickier, making it a trade-off between not quite having the ease and speed of a bottle whilst enjoying the greater comfort of a soft flask. I guess you pays your money and takes your choice. 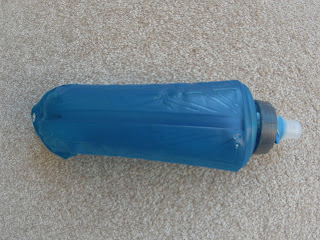 The flasks themselves are really well made, feeling robust, and are a nice shape to hold and stow away on the run. They have a slightly larger opening than some other flasks which makes adding powders to you drinks a bit easier. 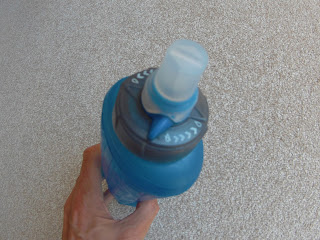 In addition to a normal bite valve, there is an extra twist locking mechanism to prevent leaking. This may be a bit of over-kill, but it certainly works well. 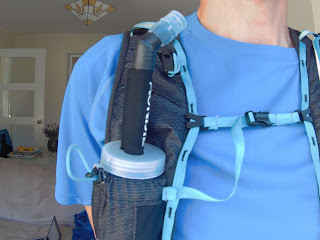 On really long runs/races, I still prefer to drink from the flasks without taking them out of the pouch, so I am delighted that pretty much any type of flask will fit and I could substitute my straw flasks when required.

To really set this pack off nicely, I would like to have seen some sort of facility for carrying running poles. I know this will not be an issue for lots of ultra-runners who do not use poles, but I am sitting on a plane as I write this having just had a week training in Chamonix (sorry everyone ;-) ) and I like running poles, particularly in the BIG mountains. There are other packs in the Camelbak range that do provide a harness for running poles, such as the Ultra 10 vest.

Those of you that know me personally or who read this blog regularly will know that I am a self-confessed kit nerd and I will only use equipment that I think will aid my performance, to this end, after a month or so of training with this pack I decided to use it as my pack for the recent Hardmoors 110 mile race. 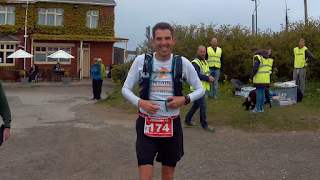 This was a supported race meaning I could go for minimalist kit, seeing my crew every 60 – 90 minutes. However, during the hours of darkness we were required to carry more mandatory kit which the pack swallowed with ease. The Camelbak Ultra Pro Vest performed flawlessly, to the point that I didn’t really know I was wearing it for long periods of time and I guess that is just about the nicest comment you can make about any race vest.
Posted by DaveT at 20:10 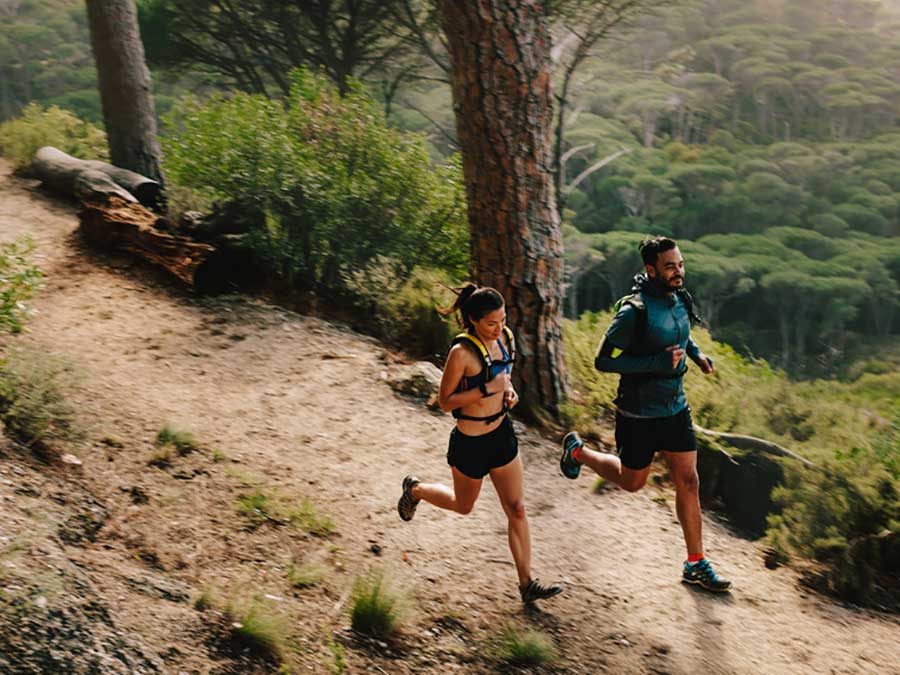